Did you know Gul Panag once travelled by tractor to work?

Home / News and Media / Did you know Gul Panag once travelled by tractor to work?

Gul Panag travelled to set on a tractor due to heavy rainfall when shooting in Bhopal! 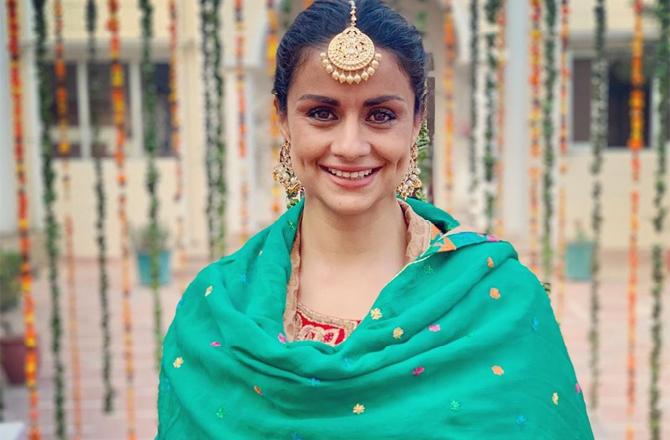 There are certain moments when an actor’s dedication and commitment to their work is really commendable, in one such instance, actress Gul Panag became a prime example of such a feat.

While shooting for the popular ZEE5 show Rangbaaz Season 2, the cast and crew were having major difficulties in Bhopal due to extreme rainfall. But since the team was on a tight deadline, they had to finish up their schedule and so at one time, the set was at a remote location which was very difficult to reach. But Gul Panag had some important scenes which had to be finished on priority.

Traveling to work today was quite an adventure! Had to cross a flooded stream by a tractor. While on the surface it was fun and frolic, it was also a grim reminder of the larger flood situation in the country. From Kerala, Bihar, Assam, Maharashtra to Punjab and more. Of the fact that entire villages and townships are cut off. While we can debate about how and why it happened or why it happens year after year, the need of the hour is to help in whatever way we can. There are several relief organisations doing great work. I'll keep posting about them please do spread the word🙏 #actorlife #rangbaaz #rangbaaz2

Gul shared, “We extensively shot in Bhopal for Rangbaaz Season 2 and the rains made it quite difficult. On one particular day, the production team was quite stressed with the commute and they were even hesitant to approach me. But as soon as they suggested that the only way to reach the sets is to ride in a tractor, I was on board.”

She further adds, “It is an unusual way to report on the set and most certainly a memorable one. I must say, the tractor ride was fun and my team and I thoroughly enjoyed it.”

Rangbaaz Season 2 is a fast-paced, crime thriller that encompasses caste supremacy and political rivalry of a gangster who was also referred to as ‘Robinhood’ by many. The nine-episode series based on a true story is an unusual tale of a dream gone wrong. The series further brings to the forefront the fateful encounter that ended his life.