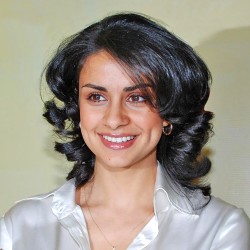 Gul Panag reveals why she has no problems wearing a bikini. She also talks about her new film Summer 2007 opposite ex-flame Sikander Kher.

How was it working with former beau Sikander Kher?

Sikander and I have been friends for quite a while now, so working with him was a good experience. I wasn’t uncomfortable at all. In fact, I was very much at ease.

Now that Sikander Kher’s Woodstock Villa has flopped are you nervous about how Summer 2007 will fare at the box office?

Woodstock Villa hasn’t done badly. In fact, it has gone down well with the audience. Sikander’s performance too has come in for appreciation. I am not too worried about Summer 2007 because it’s got an interesting plot that revolves around five characters.

What other movies are you working on?

Well, there’s this action thriller Hello. Besides Straight, which is a light-hearted movie. I am also working in Subash Ghai’s Hello Darling which is somewhat similar to Charlie’s Angels. Much like the Hollywood thriller, it’s also got three women in lead roles.

Why is it that your training in dance hasn’t been taken advantage of in your movies?

I have trained in Bharat Natyam and Kathak. It’s true that in the movies I haven’t had the chance to show my dancing abilities. I am also trained in kickboxing and tae kwon do. I hope some day I’ll be able to show what I am capable of.

What kind of roles are you most comfortable with?

No actor wants to be typecast in one genre. I love challenges and playing varied characters.

Then why are you so averse to wearing a bikini in your movies?

I have no issues with wearing bikinis. In any case, I always wear a two-piece when I go swimming.