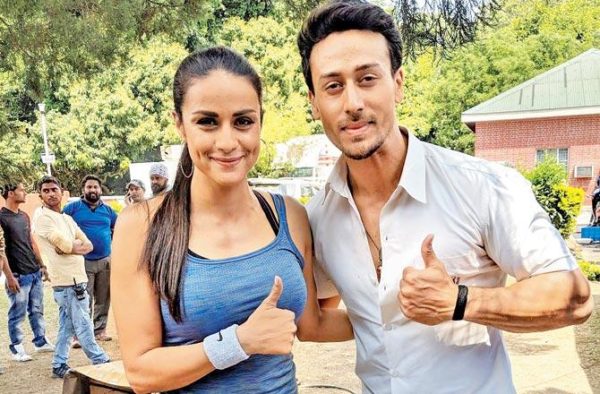 Gul Panag has often given us fitness goals and aptly slipped into the role of a bike-rider and fitness coach in Student Of The Year 2, starring Tiger Shroff. The actor, who’s been active on social media, has been flooded with messages and comments from friends and family after the film released.

“It was great to be part of a film mounted on this scale. It was a great team. Many industry friends called in after watching it, stating that I looked fit and suited the role of the college coach.” Almost a year after giving birth to her baby boy, the actor has evidently rid herself of post-pregnancy fat.

Making her reel and real avatar one, Panag bonded with co-stars over their fitness routines and often got together with them to train. Even so, the actor says she enjoyed the food on set. “The best part was the food. It was [appetising] for anyone wanting to eat healthy.”
Shroff is set to feature in Panag’s online platform, Hobbyist, that promotes work-life balance. Says a source close to the actor, “The Hobbyist is a project that is close to Gul’s heart. She has always harboured multiple interests, all of which together complete her. She believes it is important in striking a balance. With the Hobbyist, Gul explores another aspect of people who are publicly known.”

Panag has been busy shooting for various projects this year. “I’m working on two projects for Amazon [Prime], one for MX Player, and a film with Neil Nitin Mukesh, which sees me as an antagonist.”