Gul Panag is perhaps one of the most outdoorsy celeb names in the industry. The model-turned actor is an avid biker, a certified pilot, a racer and a marathon runner! During the recent Indulge Time Pass webinar hosted by journalist and author Kaveree Bamzai, she revealed she’s great at managing her time indoors as well.

“The first two weeks, I would go to bed frustrated because I was struggling to keep my head above water and I would realise everyday, that there’s so much work to get to. Now, I’ve relaxed a lot of things I used to impose on my 2-year-old, like up by 6 and breakfast by 8. My series of Instagram live videos has helped me. Over the last couple of weeks, I have become more efficient, I know I have less time so I see each day as a challenge, I am being smarter about it and planning my workout accordingly,” Panag tells Bamzai. 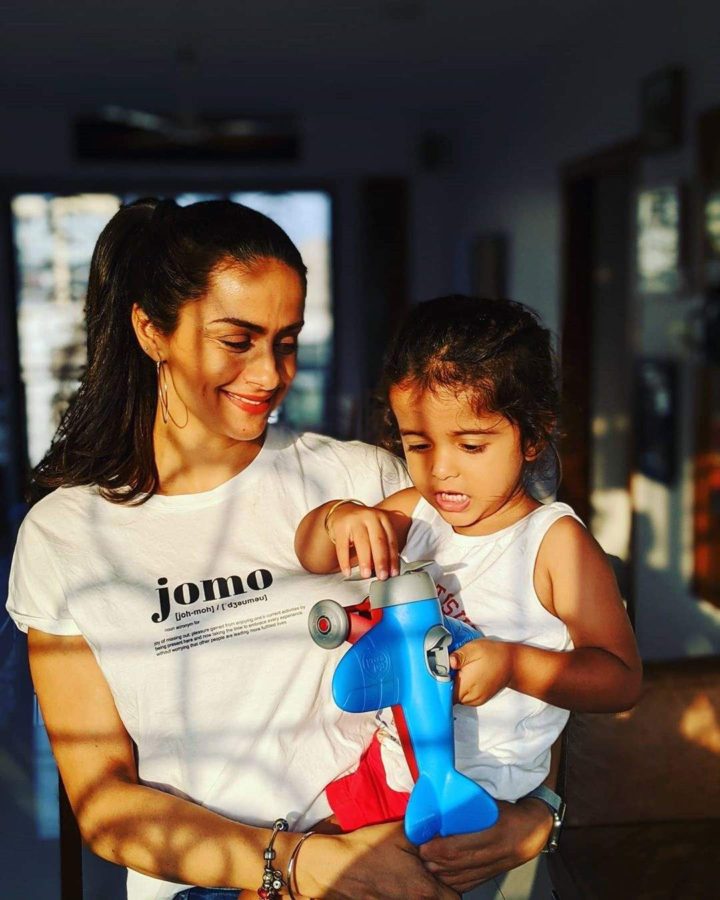 Panag will soon be seen in the noir web thriller Paatal Lok on Amazon Prime where she plays the role of Renu, who’s married to a washed-up, ne’er-do-well cop named Hathiram (Jaideep Ahlawat). “Renu has made her peace with the fact that her husband’s career is not going anywhere, that’s how economic strata is, she lives through him. She’s trying to make the best of it. She’s the one bright spot in the gloom that surrounds Hathiram. The writers of Paatal Lok have done such a fantastic job depicting the class conflict, caste conflict, the friction between have and have notes, the layers have been etched out very well. I’m a social observer, so it really piques my interest,” Panag revals.

Panag also tells Bamzai that the slowdown has taught her how to live life with less. “I have become much more self-reliant. I have 15 tops out of a few hundred, I’ve literally lived in those 15 tops! I need a lot less now, and I have a sense of abundance in a Deepak Chopra-esque context, the knowledge that we are very privileged,” she remarks. Panag who’s from a third generation military family is aware that most people don’t have the luxury of choice when it comes to their career, be it in the army or in Bollywood. And although she thinks Bollywood will get back on its feet slowly, things may not go back to the same old routine for a really long time.

“I see a lot of people talking about when their old life is coming back. I don’t think it is! This is not temporary, it’s a trailer for the new normal. I don’t see things going back to where they were, for at least a year. It’s not like SARS or H1N1, it’s different. I have a feeling it will get worse before it gets better, the temperature drops around monsoon here. I don’t see shoots with large numbers of people on set resuming before September,” she says. The actor also reveals that she doesn’t plan to step out of the country for at least another couple of years, but instead would like to explore the country. Her first post-lockdown destination? Gangtok!