Home / News and Media / Moderately yours! 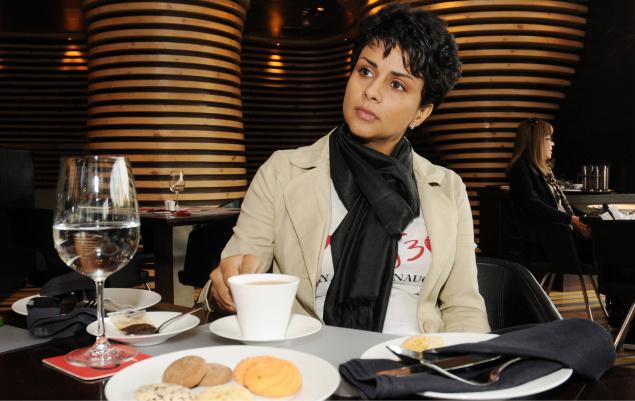 Peeling eggs is one of her stress busters and when she is in a zone, she can experiment even with horse meat. For Gul Panag, eating has its phases. “When I am working, eating becomes just a need to survive. I want something safe but when I am on an experimental spree, like I was during a film festival in Moscow some time back, I surrender to virtually everything.” She takes sugar and oil in moderation but in winters she can’t do without the good old gur (jaggery)every day.

Unfortunately, it turns out to be one of those working days for Gul when we take her out to the coffee shop of Le Meridien, which is always buzzing with activity. In Delhi to promote her latest film Turning 30, Gul opts for earl grey tea with some cookies.

Known as a thinking actress, Gul is yet to be seen playing one of those good looking girls headed to fall in love. “You mean bubbly… to me the word is only associated with champagne. I believe the industry feels I ask a lot of questions. I choose from whatever I get.”

So turning 30 is really an issue? “Of course! In today’s times you have to show that spark of genius before 30 to make it in life. You know by 30 where you are headed in life because after 30, the tragedy of life begins…. You got to have that car, that house you aspired for before 30. Getting it at 40 doesn’t give that much satisfaction, I suppose. For me, I was supposed to get my private pilot licence by 30 but I have not been able to make it.”

And male attention? “I don’t think that changes much. It is perhaps, the kind of man, who appreciates your beauty that changes. I feel women look most appealing around 30.”

Talking of men, she made news recently about her comments on the Delhi men, whom she called nasty and lecherous. “Yes, sometimes I get a feeling that we are food for some hungry people out there. I feel women should consider stop paying the taxes when the administration can’t take care of their security and safety. We get advises like what were you doing outside at such an ungodly hour. Nobody asks the judiciary or the police how come criminals are allowed bail so easily and the fact that recently the rapists crossed six check posts after assaulting a woman. Or for that matter why can’t the government take care of basic necessities like street lights.”

Gul says the society’s attitude towards women has to change. “The impression we get is that eve teasing is ok, only assault is a problem. The records, however, show that it is the eve teasers who get emboldened when they don’t get the required punishment. We need young law makers and ministers who could relate with the problems of this generation.”

Going back to college days in Patiala, Gul says she used to ride a motorcycle to the college. “I was called bike wali kudi. Those were different times. Boys would follow the girls but won’t utter a single word. I could never figure out what they got out of it!”

Now she rides a Bullet and no wonder Ram Gopal Varma is in talks with her for his next film, Department, which is on the police force. However, her fascination with mean machines doesn’t mean that Gul doesn’t blossom in the kitchen. After all it’s about phases! “I can make Italian and Mexican dishes but I am really well versed with Chinese. Once I prepared a really good Chinese meal for my friends after carefully noting down the recipes from a food show. They got late and in the meantime I had had too much wine. By the time they turned up I was fast asleep!” Careless! “No carefree, there is a difference.” We can see that in the half-eaten cookies. “I told you I eat in moderation.”