The butterfly on the Gul

Home / News and Media / The butterfly on the Gul 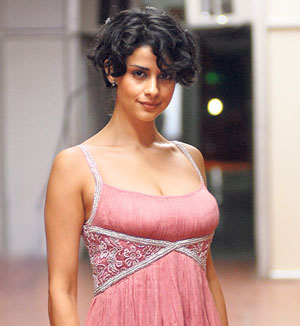 The actress flaunted her butterfly tattoo at the recently concluded Cinefan film festival in Delhi, and said that she’d got it done in Las Vegas. “I saw so many tattoos around me at the time that this is all I could decide on. It is small and sweet and I love it,” she chirps.

But looks are secondary, she says, when it comes to her movies. “I certainly don’t look for glamour in a role because I am not insecure about the way I look. I don’t have to look good on camera to feel good about myself. If I look good, it’s a bonus, but when it comes to choosing scripts, it has to excite me for me to sign on,” she says. Nor does the banner matter that much to her, she adds. Nevertheless, in Hello, Gul will be seen in a very glamourous avatar. “Hello is based on the book On Night At A Call Centre. I play Priyanka, who is very glamourous and a self-assured young woman, and who uses her looks to her advantage,” she explains. Gul will also be seen in Rajat Kapoor’s Rectangular Love Story.

Having worked in movies like Dor, Dhoop and now Rectangular Love Story, is Gul also turning into an actress from parallel cinema? “What is parallel cinema? I think we underestimate the intelligence of our audience time and again.

That’s been pretty obvious form the fact that so-called commercial, well-packaged films haven’t done well. It’s high time we stopped doing that,” she asserts. Oddly enough, she doesn’t even mind that her movies haven’t set the BO on fire either. She says she’s happy that she’s got critical appreciation for them. “Fortunately, each of my films has only got me appreciation, and it has always been a step forward from the previous one. Dhoop was hailed as a very good debut, Dor went a notch higher, my performance in Manorama Six Feet Under was much better, and I have had very kind words said to me about Summer 2007, despite the movie not doing well at the box office.

Somewhere, it shows that I have made good choices,” she smiles.
But that’s not the only reason that she’s in the pink these days. She’s happy because she’s in Delhi, which she calls her first home. “It is always great to come back to Delhi because I still have a home here,” she says.