A podcast on the Armed Forces

Home / News and Media / A podcast on the Armed Forces

Gul Panag, the narrator of the series Special Mission with Gul Panag, brings to life the true and unique stories of soldiers and army families
Indu and Mukund first met at Madras Christian College. Mukund enrolled in the Army and the couple lived apart for four years. Eventually the couple married and had a daughter. And then in April 2014 Mukund passed away in the line of duty…the full story is inspirational as it is one of the triumph of the human spirit. This is one among the many true stories of the Armed Forces in Spotify’s original podcast: Special Mission with Gul Panag, produced by ATS Studio and Rainshine Entertainment, and hosted by Gul Panag.

The podcast is close to Gul’s heart because of her upbringing in an Army family (her father, HS Panag, is a retired Lieutenant General of the Indian Army). “Anyone from the Armed Forces would know that there are so many such stories out there. We hear them every day.” Gul says her character and personality have been shaped because of her upbringing. “I find every difficult situation as a challenge and find ways to overcome it. When I am faced with an obstacle, I scale back to find ways to win over them. My commitment to fitness, calling a spade a spade are all because of my upbringing.” 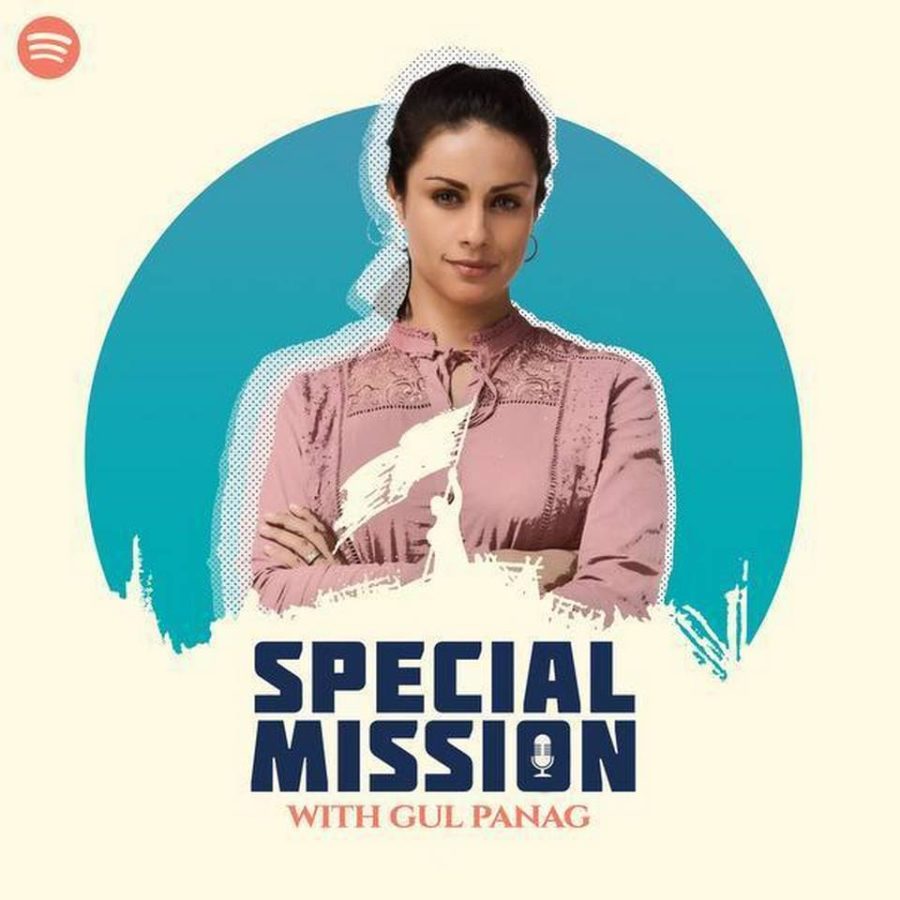 She says the podcast is her way of giving back to the Armed Forces by telling their stories.“Their stories are unique and it is this perspective that Sidin (Vadukut, creator and producer of the podcast) and team have brought out in Special Mission. I thought it was incredible that someone was telling these stories.”

She says that there is respect for the Armed Forces. “But not as much as there needs to be. We remember them only in times of need, when there is a natural disaster or in conflict. Public memory is short when it comes to the Armed Forces. Their life remains challenging in war and in peace. A soldier is posted in places for months on end. With hardly any access to creature comforts, their lives are not what we consider comfortable. The average soldier’s wife will not see her husband for eight/nine months. Most Armed Forces children are brought up almost single-handedly by their mothers. It is the people behind the scenes whose lives never get highlighted.”

Gul had a strong desire to join the Armed Forces, but two factors deterred her. “At the time when I finished college, there was only short service commission. Also then (and even now) there was no women in combat arms. Often there is confusion with women in combat and women in combat arms, which is where my father spent his entire career, and I always see myself as a child of the mechanised infantry. For me to not be able to join the mechanised infantry was hard. We have women now who can apply for permanent commission.”

Sidin says
“I have been listening to podcasts for some 15 years now—since back when you had to download MP3s onto an SD card and then plug that into a phone or an MP3 player. It is so much easier with Spotify. We first came up with the idea for Special Mission through our partners at Rainshine Entertainment who put us in touch with co-producer Saishree. Saishree had all these great stories from the armed forces that were nothing like you’d expect. These were not stories from the battlefield, but from far away. They were quirky and emotional and humane and frankly a bit bonkers. And we thought… this is a podcast. This is going to bang! If we can get the right voice and the right tone and the right soundscape we’re going to nail this. And I think we have, especially thanks to Gul. Listeners are going to listen to some truly great stories. Stories that are going to make them spend hours on the internet digging stuff up. I’ve listened to some of them 20 or 30 times, and I still feel a lump in my throat when that theme song starts playing. We’ve distilled 15 years of fervent podcast listening into every second you’re going to hear. We really hope people enjoy these stories.”