Actress Gul Panag, ‘Marriage will not be the most important day of my life’

Home / News and Media / Actress Gul Panag, ‘Marriage will not be the most important day of my life’ 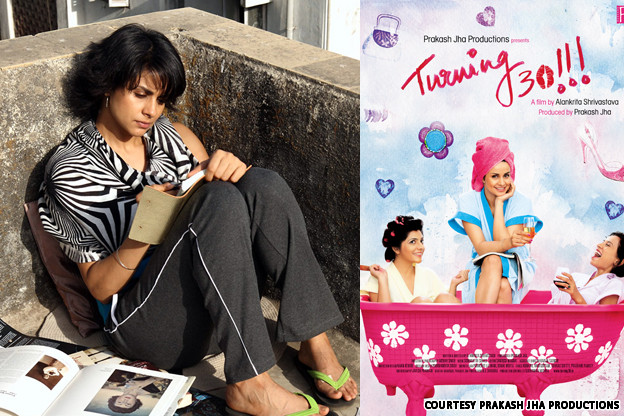 “Why are we on autopilot mode after graduating from college? Getting married is a choice. Having kids is a choice,” Panag says.

Successful, spunky, career-driven Naina, happy in love, satisfied with life, has great friends and is turning 30.

“She’s a regular girl, just like you and me,” Panag explains. “A career girl in a metro city, juggling various hats trying to be the perfect daughter, perfect employer, perfect girlfriend, perfect friend.”

And then it all turns turtle. Crises implode at every junction.

Her boyfriend, Rishabh, from whom she expected a ring and a happily ever after, callously breaks up with her in a restaurant, opting instead for an arranged marriage with a pretty, young, very rich heiress.

To add to the misery, her archetypal evil (male) boss takes credit for her work and then fires her.

“The crisis is that she’s 30,” Panag explains. “The last couple of years have been good to her. She’s the creative director in an advertising agency and is extremely sorted professionally. She has great friends, a loving boyfriend … everything is perfect. Her life’s been orchestrated exactly how she envisioned it. And then it all falls apart. The fact that it all happens to coincide with turning 30, that’s just the final nail in the coffin.”

Yet another chick-lit type trope?

Despite the impression the poorly interpreted film poster artwork gives you (all dressed in pink and white), “Turning 30!!!” is not as corny as it looks.

The break-up scene is a pivotal plot device that signifies the start of Naina’s unraveling, the point at which the movie leaves behind its clichés and starts its portrayal of a surprisingly realistic, modern-day breakdown.

If the debutante director, Alankrita Shrivastava’s objective was to create a sense of empathy, then Panag lays it down bare for her director, with chain-smoking and wine drinking. Alternating from bravado to curling up on her mothers lap and crying heart-broken.

There’s a scene where she confronts Rishabh’s parents in an act of desperation and you almost can’t watch.

Naina’s friend Malini comes out as a lesbian in a scene that is beautifully treated.

And when Naina meets her old flame and current rebound man, Jai, the selfishness of wanting to keep things light and drama-free is authentic. Post a birthday hook-up, Naina tells Jai , “Just because I slept with you doesn’t mean I’ll marry you.”

It’s a line that had sensors seething, Panag revealed, but her director and producer Prakash Jha fought to retain the original line from the script.

Other choices were more questionable.

A crashing crescendo of guitars every time the protagonist breaks down (and this happens a lot) doesn’t do the film any favors. And the sounds of Mumbai monsoon rain as a metaphor for sadness is a hopelessly tired cinematic device.

“Turning 30!!!” does stretch out its welcome a smidgen, with far too many shots of Naina moodily contemplating her life and future. But at times this small and spirited film hits close to home and makes you want to try, at least, to ignore the blips and get to the film’s core issues surrounding the choices available to urban women today.

Ask Panag about turning 30, personally, and the actor admits to no sudden shift, no epiphanies, only the need to dig deeper.

“It’s different for men and women,” Panag begins. “There’s this sense of high pressure to achieve that exists in our generation. Women have the added element of the biological clock, of which we all get extremely conscious. IVF, will my eggs go bad … there’s so much stress.”

And pressure. But Panag seems to argue that a fair amount of it is self-generated because girls are not questioning beliefs that have been handed down, nor realizing the existence of this thing called choice.

“A lot of women think it’s the only way to fulfill your dream. If you’re fit and active I don’t foresee a problem having a child when you’re older. You don’t have to have a child early, because you’re not a factory. You shouldn’t be expected to produce because of societal pressure. We need to consciously make our choices.

“For a lot of woman, their wedding is the most important day of their lives. There’s tremendous pressure to get that big date. Is it the case for men? They don’t dream about their wedding for years before the actual day do they?

“I feel my marriage will not be the most important day of my life. It’ll be great and important but not the be all and end all, or what I’ve been waiting for, for the last 25 years. I was never brought up like that.

“The fact is that women are always put into two categories: the desirables and the undesirables. Why judge women at all? With this film we’re just trying to use the same yardstick for men and women. We’re trying to demystify 30. And we’re not trying to preach.”