Actress Gul Panag, who is awaiting the release of her upcoming streaming show ‘Good Bad Girl’, in which she plays a lawyer and the co-founder of a law firm, recently shared the reason behind giving her nod to the show. Opening up on the reason for signing the dotted line for the show, the actress told IANS, “First, I had just finished my law degree a month prior to when the show was offered to me. 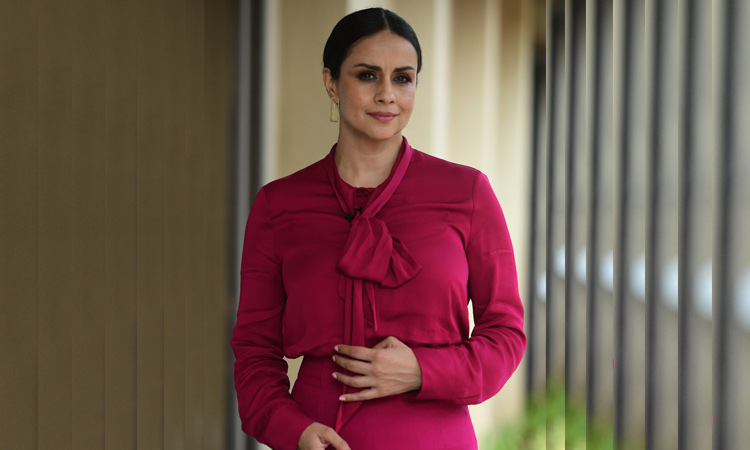 For somebody, who had spent 3 years studying LLB, I was very intrigued by the idea of the show and that I was getting to play a lawyer.” She continued, “Second, the show was being produced by Vikas Bahl, whom we all know for making a brilliant film like ‘Queen’. So yeah, saying yes to this show was a no brainer.”

She further explained the premise of the show as she said, “This is not a courtroom drama, the setup is of a law firm but the story is about the internal conflicts in that firm and the politics that goes on inside. It entails the water cooler talks, and what else is happening in the office.”

For her, what matters as an actress is the people whom she works with and the quality of content and the characters that she is portraying. “For me as an actor, it’s largely about the people whom I work with, the story and the character that I am portraying. I don’t get into the nitty-gritty of analysing too much about which platform my work would come on, will it be theatrical or streaming? I am content with good work and would continue doing so.”

‘Good Bad Girl’ will stream on SonyLIV from October 14, 2022. Gul Panag is an Indian actress, voice actress, model, and former beauty queen who competed in the Miss Universe pageant. Panag began her career in Bollywood with the 2003 film Dhoop. Since then, she has worked in films like Jurm and the TV series Kashmeer. Her films include Dor, Dhoop, Manorama Six Feet Under, Hello, Straight, and Ab Tak Chhappan 2.

She played a commoner, fighting hard to save her husband from going to the gallows, in the 2006 Nagesh Kukunoor film, Dor. In 2008, she acted in the films Hello and Summer 2007. In 2009, she appeared in the movie Straight. She featured in Rann in a role attempting to stop her boyfriend from doing the right thing.

Panag appeared on the front page of Maxim with whom she did a photo shoot in September 2008. She debuted in Punjabi movies with Sarsa. She was the Aam Aadmi Party candidate from Chandigarh for 2014 Lok Sabha Elections. Panag started her education in Sangrur, in Punjab. Her father, Lt. Gen. Panag was in the army and the family moved to different places across India and abroad.

As a result of this, she studied in 14 different schools including Kendriya Vidyalayas (Chandigarh, Mhow, Leh and Wellington, Tamil Nadu), The Lawrence School, Lovedale and the International School of Lusaka, Zambia. She did her Bachelors in Mathematics from Punjabi University, Patiala, and Masters in Political Science from Panjab University, Chandigarh.