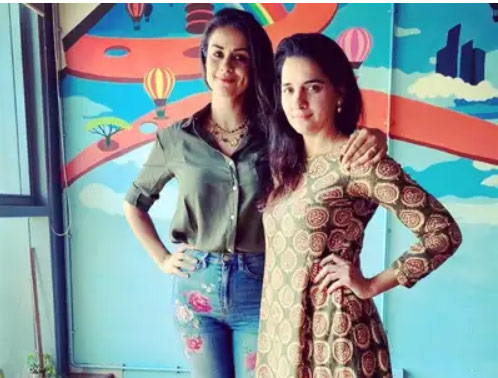 PERHAPS it’s the new feminist wave that’s engulfed our mindspace, not that we are complaining, that prompted actors and producers Gul Panag and Shruti Seth to curate an evening for their working women friends, or Boss Ladies, as they called it. But a posh private members club at Lower Parel, a sit down dinner and endless champagne were great reasons to get the girls together to come out and cheer each other. There were actors Rasika Duggal and Tara Sharma, patissiere Pooja Dhingra, producer and airline heiress Namrata Goyal, photographer Ruchi Narain, restaurateur Rachel Goenka Khetarpal, MeToo India co-founder Aishwarya Subramanyam, She The People founder Shaili Chopra, as well as several entrepreneurs and professionals present.