Home / News and Media / Films and beyond 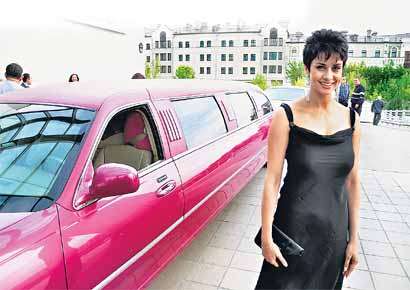 During her visit to Moscow for the Kazan International Film Festival, actor Gul Panag who was the jury member met Hollywood actor Adrien Brody. Talking about her experience, Gul says, “I have been wanting to go there from the past two years and this time I finally decided to be there.”

Gul was invited to the film festival when she won the award for Best Actress for her role in Dor but couldn’t make it that time.

“I couldn’t make it that year so I went there as a jury member this time around. It was such a wonderful experience. I got to rub shoulders with Adrien Brody who was the special guest at the festival.”

She further reveals, “I was watching feature films from places like Iran and Egypt and it was quite exhausting. As a jury member you have a lot of responsibilities but it was worth every minute I spent there.

” Gul will next be seen in a film, Turning 30 and is paired opposite Purab Kohli in this chick flick. “I play the title character, a woman who is not happy about turning 30. It is an unapologetic chick flick, in the same grain as a Bridget Jones Diary.”

Ask her if she is a fan of this genre and she quips, “Of course, all chicks like this genre. My favourite would be Bridget Jones Diary followed by 13 going on 30 and then Sex and The City.”

Gul’s character in the film is not too pleased about turning 30 but the actor has a completely different take on it in real life. “Age is just a number, really. It’s great to be 30 since you understand yourself much better then.”