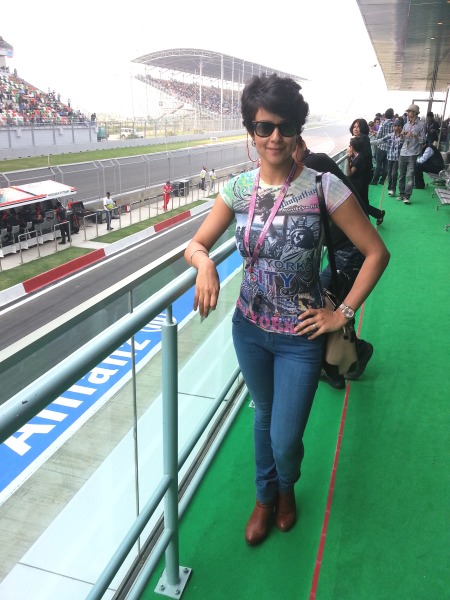 Panag attended the event on Saturday, October 27, and the final day of races, October 28.
The talented actress, a sport enthusiast, jetted into Delhi on October 26 on a private visit to attend the races.
She stole time off from her busy schedule and took a last minute decision to travel, arriving at Mumbai airport without a confirmed seat. 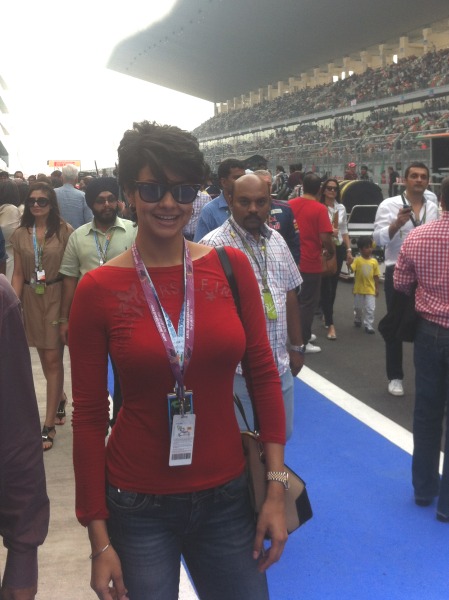 It sucks to arrive at an airport for travel without a confirmed seat, and no husband to hold to your hands.
"Dislike traveling wait list. Specially when without HIM. En route to #Delhi (hopefully) for the race. #F1″ Gul Tweeted.
A veteran’s daughter, Gul’s always punctual. She is also a car enthusiast. Not surprisingly, she was an early bird at the venue on both days.
On day 1 she wore Levi jeans, a blue Rockstar top (that her husband bought for her in NYC).
She accessorized with tan Kurt Gieger pointy booties, light jewelry and Furla bag. 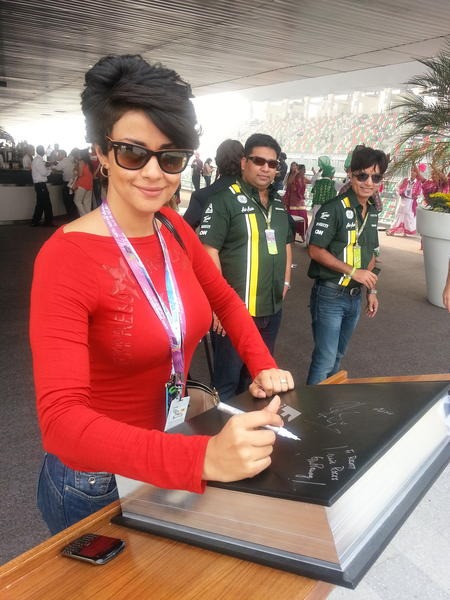 On day 2 it was blue Miss Sixty skinny jeans and red long sleeved Morgan top. And the accessories: Tod’s shoes, half hoop earrings and Furla bag from the previous day.
On both days her makeup was natural face with her pixie cut, styled voluminous, taking a center stage.
Gul says she was too busy watching and enjoying the races to meet friends and colleagues while at the races, but she did spend a few moments with Bernie Ecclestone and shooter Gagan Narang who is a friend of her brother Sherbir, also a shooter. She also bumped into J&K Chief Minister Omar Abdullah.