Gul Panag getting a grip on life

Home / News and Media / Gul Panag getting a grip on life 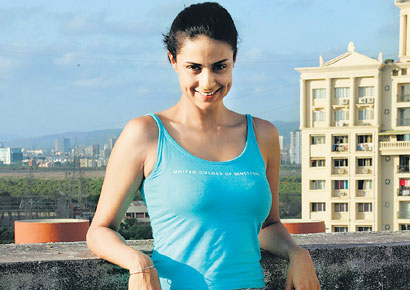 According to actress Gul Panag it’s not in the twenties that one actually gets a complete grip on their lives. “It’s in your thirties,” she insists.

“When you grow older, you get a firmer grip on your life. I definitely feel that thirty is kind of a turning point in your life. You learn that you need to stop apologising for being yourself,” says Gul, who recently turned 32.

The actress says that everybody should learn to live life without any apologies and without any regrets.

“The most important thing is to know what you want in life. It’s not what your peer group wants or what your friend is getting. It’s what you want to have from life that matters. I still feel that many of us still need that extra time to figure out what he or she requires from life. Many-a-times, we still tend to say conflicting things – sometimes we would want this or sometimes we would want that. But I guess with age, we tend to focus more,” she says.

According to Gul, most women become better off financially later on in life and are more stable as compared to what they were when they were in their twenties, when they are just starting off.

“Financial independence is really a big thing – it’s what sets you free. You don’t depend on anybody for money and at this time you have that little extra to indulge in life’s pleasures. In my opinion, crossing thirty is one of the most liberating moments in a woman’s life,” she says.

Gul says that her character in her forthcoming film is also liberated and one should not be drawing parallels with it in their personal life. “Everybody is different. And everybody needs time to mature. As you mature with age, this process only becomes sharper and faster. As you mature, you tend to connect to people better too,” she ends.