Gul Panag is getting fitter and hotter by the day

The Fatso actor is not losing sleep over the dismal performance of her film and has already moved on
Gul Panag’s latest film Fatso sank without a trace and that was mainly because of the fact that it didn’t get enough shows at the theatres. This debacle hasn’t sent Gul into severe depression; on the contrary, she is in great shape and looking fab. One of the rare B-town babes who has more to her life than just films, this ex-Miss India has many feathers in her cap. Not only is she a fitness freak, she is an adrenalin junkie and an entrepreneur too! 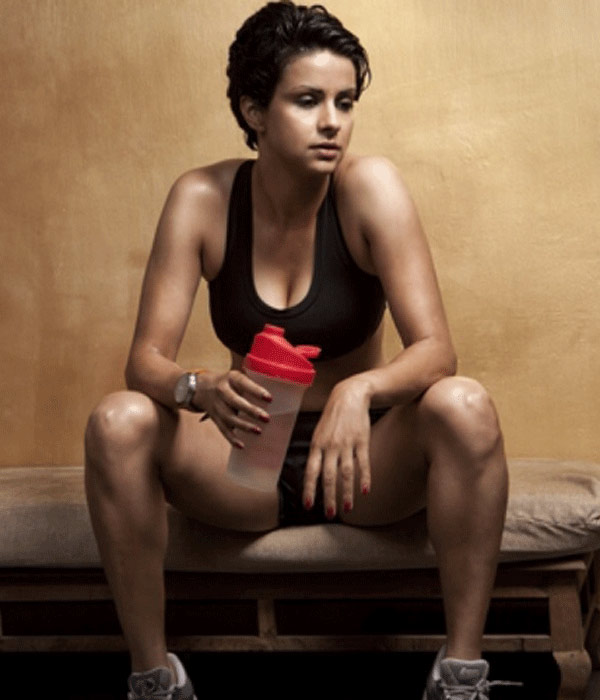 Gul is one of the most popular celebs on Twitter and regularly interacts with her fans and the exchanges are not only about films. Actually her conversations pertain to current affairs and health tips and tweets about films are few and far in between. Recently she posted a smoking hot photograph of herself shot by Subi Samuel, probably after a good workout session – and boy, did the temperatures soar!

Not only did her follower count take a leap, she was told to take the photo off because it was too steamy for some with weak hearts. Of course, she didn’t pay any heed to the naysayers and gave them a fitting reply. Wethinks it was a fab picture and did make the boys here go weak in the knees. Guess it is high time Gul came out with a fitness DVD a la Shilpa Shetty and Bipasha Basu; it would sell like hotcakes. Do you think her display photo is too hot to handle?