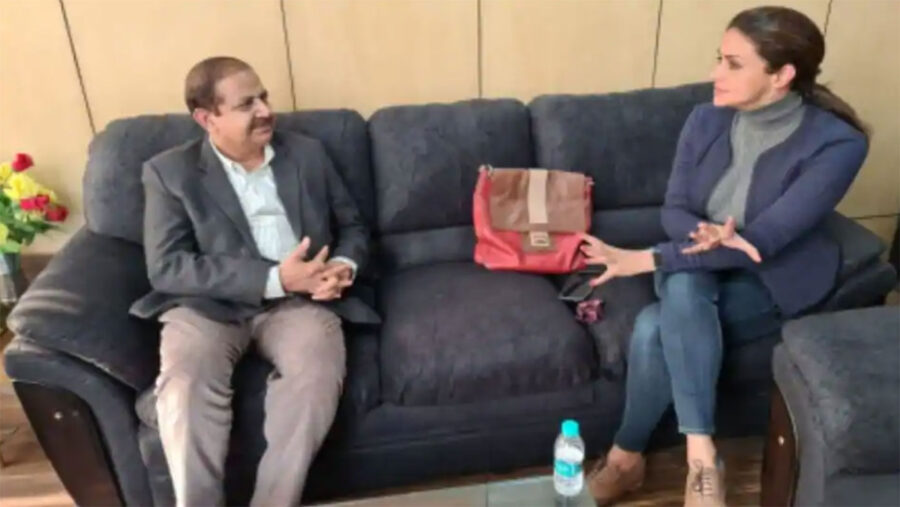 Gul Panag discussed the new Film City project in Uttar Pradesh, which is to come up on 1,000 acres off the Yamuna Expressway, with Yamuna Expressway Industrial Development Authority (YEIDA) CEO Arunvir Singh. She had a detailed discussion with Singh.

As the ambitious Film City project is underway in Uttar Pradesh (UP), many Bollywood celebrities are taking a keen interest in the same. In this regard, actress Gul Panag met Yamuna Expressway Industrial Development Authority (YEIDA) CEO Arunvir Singh, at the Yamuna Authority Office in UP on Thursday (February 18).

The actress discussed the Film City project, which is to come up on 1,000 acres off the Yamuna Expressway, with the CEO. She had a detailed discussion with Singh, and is likely to visit him again next week.

The film city is to be set up in Sector 21 along the Yamuna Expressway in Gautam Buddh Nagar. Out of the 1000 acres, 780 acres will be for industrial use and 220 acres for commercial use.

Yamuna Authority is responsible for preparing the detailed project report (DPR) of the new Film City. In December 2020, the CBRE South Asia Private Limited was finalised for making the DPR for the upcoming new Film City.

The ambitious project will include a shooting facility, along with modern equipment for editing, sound mixing, animation and VFX. A Film Academy will also be built in the premises. Meanwhile, five star hotel, amusement park, shops will also come up in the new Film City.

Earlier in December last year, addressing a press conference in Mumbai, Chief Minister Yogi Adityanath had said, “We want to build a world-class film city in Uttar Pradesh. We held discussions with several producers, directors, actors and other experts related to film industry in this regard.”