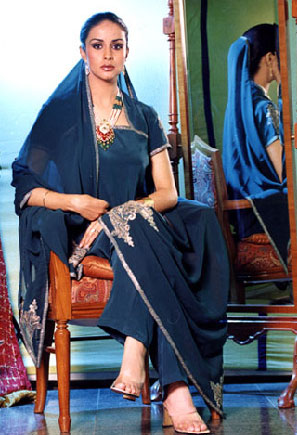 New Delhi, July 21 (IANS) The 9th Osian’s-Cinefan film festival here Saturday saw a touch of Bollywood glamour with actor Gul Panag getting candid about the butterfly tattoo on her back.

Gul, whose role in “Dor” won her rave reviews, attracted much attention for her butterfly tattoo.

“I love tattoos and always wanted to get one since I was, maybe, 12. Even though tattoos are no longer a cool thing to do internationally as it is being shown off by even truck drivers, I got it done anyways when I was in the US,” she said.

“But I had to make it discreet in size and have it at a discreet spot too,” she said smiling.

The diva is to wear a cocktail dress in the evening, designed by Urvashi Kaur, for a special screening of the Nagesh Kukunoor film.

The 10-day festival, which will screen around 140 films from over 35 countries, is an extravaganza of Asian and Arab cinema with a special focus on Japanese films.