Gul wants to be known by her work 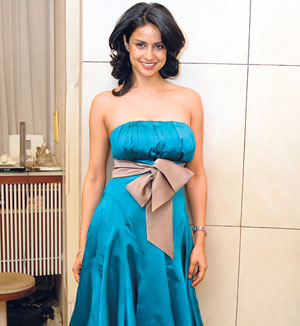 After wowing fans with her performance in Nagesh Kukunoor’s Dor and equally good work in Manorama Six Feet Under and Summer 2007, Gul Panag is back with three releases lined up — Hello, Straight and Hello Darling.

Is choosiness about roles an important aspect of her working style? “I wouldn’t say that I have a fixed formula for choosing roles, but I’m particular about what I want to do. If I come across something that excites me, I take it up. I take my time and am careful about selecting the perfect role,” says Gul.

The actress has so far been seen mostly in multiplex movies. Her upcoming movies like Straight and A Rectangular Love Story also fall in the same category. Is it only off-beat roles for her? “It’s nothing like that. I select my roles based on how good and meaningful they are,” she points out.

Would she ever be excited about an offer to do an item number? “If it ever comes along and I like the idea, I’d be game,” she says.

Despite being an acclaimed actress, Gul stays out of the gossip circuit. How does she manage that? “I don’t want to be known for anything other than my work. People might be interested in knowing about my personal life, if I’ve had a tiff or an affair but these aren’t things I want to be known for. I want people to know me for the kind of work I do, for who I am,” she says.

Outside of films, Gul pursues many interests like travelling, adventure sports and also happens to be a voracious reader. “I believe it’s about making time. No matter how busy your schedule, you can always find time for things you are passionate about,” says Gul.