Only women can be privy to Gul Panag and Shruti Seth’s two-day fest.

Gul Panag and Shruti Seth’s two-day event, which will include music, art, comedy etc., is strictly a ‘women’s only’ affair.
Possibly the first event curated by women and for women only, the thought came about when Shruti attended an arts festival in Goa earlier this year. “Some men in the audience kept ogling at a woman performer at the event. It made me cringe,” says the VJ and film actress, who then decided to create an event that will “let women be themselves”. 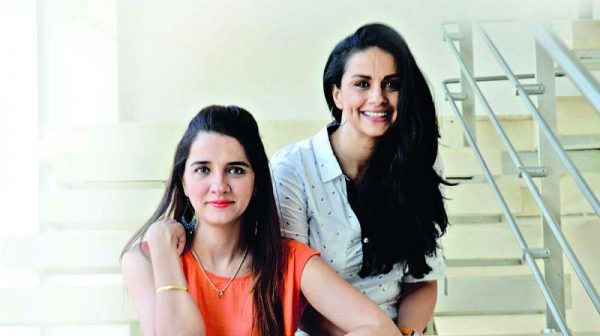 Says Shruti, “I wondered, why not create an event that took away all the stress, and one that simply allowed women to be whoever they wanted to be at that moment — no judgement made and no questions asked. We empower each other, but once men get thrown in, we tend to get competitive. Why not create a platform that helps us build each other? Women have traditionally always taken second stage to a man but Festivelle puts them in the spotlight.”

When she bounced the idea off to Gul Panag, who has been challenging gender stereotypes with her choice of mean machines (she’s a biker and pilot), it took no effort to get her on board.

“Despite all the noise about equal opportunity, we don’t see enough women in the performing arts space. We wanted to create a platform where we could have women artists — authors, thought leaders or influencers headline the events” adds Gul.

Hence, Festivelle  will see stalls by female fashion entrepreneurs, acts by female artistes and panel discussions on some salacious themes moderated by strong feminine voices (How is ‘Real Orgasms Are Our Birthright And We Shall Have Them, for starters?)

Gul however, isn’t a big fan of the term, panel discussion. “These are meant to be ‘free-flowing chats’ as the whole idea is to get the audience to participate and learn from each other,” says Gul, who is particularly looking forward to the session called It’s Good To Be A Bad Mom.

So how did one come up with the themes for these discussions? “The topics were crowd-sourced via social media and common issues that we feel need addressal in our daily lives,” says  Gul. Adds Shruti, “Girlfriends are simply forever and hence a women’s only event has more credence now than ever before.”