My director trusted me – Gul Panag

Home / News and Media / My director trusted me – Gul Panag 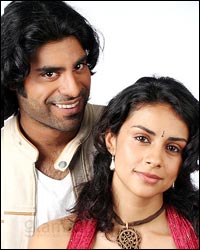 Gul Panag is staring at a busy summer ahead. That’s because she is expecting two of her films – SUMMER 2007 and HELLO – to be virtually releasing back to back. Though both the films have been in the making for a little while, Gul is confident that the two films carry a distinct (and an original) theme and hence would manage to strike a chord with the audience.

“What’s pretty much also works for me is that each of the two films is quite different from each other. Also my character in one film is completely in contrast with the other”, reveals Gul who has always managed to get the attention of critics in each of her films, whether it is her debut film DHOOP, DOR or last year’s MANORAMA – SIX FEET UNDER.

Laughs Gul, “This is why Atul Agnihotri (director of HELLO) was quite comfortable when I used to give a shot for the film. He used to tell me that he completely trusted me and hence didn’t have to bother much about giving instructions or being extra cautious about how I was performing. He used to tell me that he was sure I would manage to impress people with my act yet again.”

Coming to her films, while in HELLO, Gul Panag plays a call center employee, in SUMMER 2007 she plays the role of a rich girl who hates wealth. Both the films are looking at a June/July release.