Triumph Bonneville T120 gets itself a new celebrity admirer

Gul Panag has appended another inclusion to its mean machine line up by purchasing herself a recently launched new Triumph Bonneville T120. 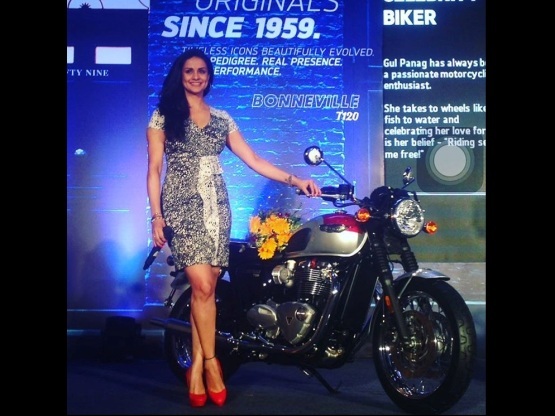 Gul Panag, a well known Bollywood actress, has bought herself a new Triumph Bonneville T120 as Vimal Sumbly, MD of Triumph Motorcycle India handed over the keys at an event in Mumbai. Gul Panag is automobile enthusiast as well as adventure traveller and avid biker. Her love for mean machine can easily be recognized with a close look at her garage which includes Royal Enfield Bullet Electra, BMW F650 Funduro, Customized Mahindra Scorpio Getaway and Audi Q5. Moreover, her love for bikes can be signified from the fact that she along with her husband arrived on Royal Enfield Motorcycle on their wedding day.

Gul Panag has always been emphasized her desire to explore, travel and special place for mean machines. Be it bikes or beefy cars, she has got everything under her belt. Vimal Sumbly heartedly congratulated her being a proud Triumph owner and welcomed her to the Triumph family.

Gul Panag delighted at the event stated that buying a Bonneville T120 was like a dream and it feels like a dream come true. She had part of the first preview of the new generation Bonneville motorcycles in London which took place last year and since then she set her eyes on the bike itself and kept waiting it to hit the Indian market. 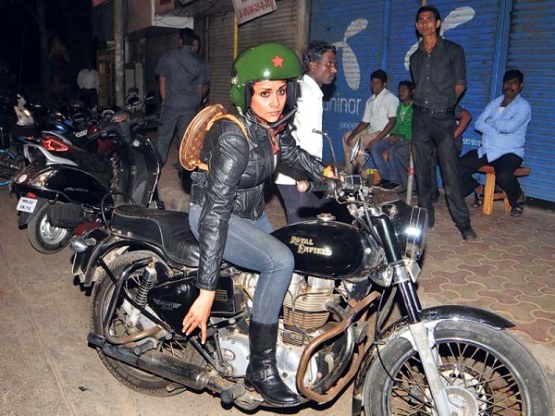 Triumph Motorcycles currently retails 15 International models in the Indian two-wheeler market and has already sold about 3000 units over the period of 2 years in the country. Moreover, the company has also retailed more than 100 Bonneville Street Twins in the domestic market in less than 2 months.

Powering this Bonneville T120 is 1,200cc, parallel-twin engine which comes with a liquid cooled technology that develops 80PS of power @ 6550rpm along with 150Nm of torque @ 3100rpm and the power is transmitted to the rear wheels by 6-speed gearbox via chain drive. It also comes equipped with advanced features such as traction control system, switchable ABS system, engine immobiliser and Slip assist clutch along with two rides modes – Road and Rain.