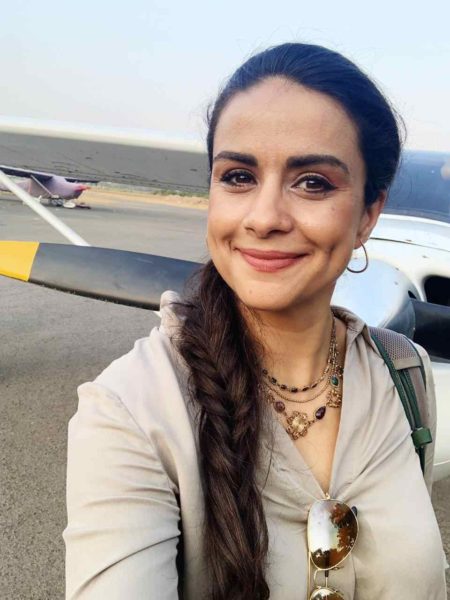 Gul Panag recently wrapped up her work in Mumbai and travelled back to Chandigarh while flying her own plane.

Model-actor-entrepreneur Gul Panag has always been a role model for us. Adding yet another feather to her already-crowded cap, she scored herself the title of a pilot in 2017. She announced the news through a lengthy Instagram post and her fans couldn’t be more proud. While making the revelation earlier, the adventure freak also shared that she has plans of flying more kinds of planes in the future. While she has been away from the news for a while, we recently got our hands on a new piece of information about her.

Gul Panag recently jumped into the cockpit of a chartered plane and took over the reins as she piloted the flight back to home ground in Chandigarh. The actress was in Mumbai for work, which she wrapped up before heading home to spend some quality time with her baby. For your information, the actor and her husband Rishi Attari, who is also a pilot, welcomed their first baby in 2018. But the two decided to keep the news a secret and officially confirmed it only six months after Panag delivered her baby.

Gul Panag flies back her own flight to meet her baby

“I love planes. And it’s been my dream to be able to pilot one on my own,” Gul had said earlier in an interview to a newspaper. Speaking about how she cracked the exams, she added, “My basics are very strong. These exams test you on topics like aircraft, flying, principles of aviation. I always wanted to learn flying, and now I have the time and the money for it. My dream is to fly around the world, which will be a five-month-long trip,” she continued.

She also shared that though her husband is also a pilot, they, unfortunately, can’t enjoy a flight together. “He can’t fly the kind of aircraft I do. He flies the commercial ones,” she said.