‘Censor board is archaic, rate movies for ages’

Home / News and Media / ‘Censor board is archaic, rate movies for ages’

BENGALURU: Bollywood actress Gul Panag, in the city for a talk on the society in transition, called the Censor Board an “archaic” institution. 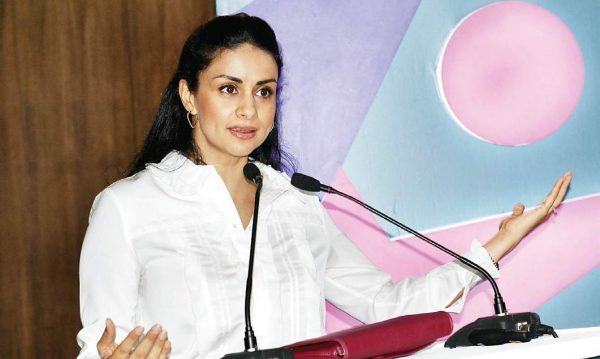 She has worked with Alankrita Shrivastava, whose film Lipstick Under Burkha was denied a certification by the CBFC, calling it a “lady-oriented’ film.

Gul said such decisions by the Board only only reveals its misogynistic and patriarchal side. “It is okay to have man-oriented cinema but the moment you have a story to tell from a female’s perspective, it suddenly becomes objectionable,” she said.

She called Censor Board archaic and said that an age-related rating system should be adopted to rate movies like how it is done in US and UK. She explains, “If a particular film is rated for a person of a particular age to watch, then you don’t get to decide what’s there in the film. If it is adult rated, above 18, then you don’t get to decide for me what I can watch at 18.”

Asked about why Bollywood actresses shy away from feminism, she said it is because they are confused what the term means.

“Recently Trump’s former campaign manager Kellyanne Conway said that she is not sure if she is a feminist as she says, it is difficult to identify as a feminist in a classic sense because it seems to be very anti-male and is certainly pro-abortion in this context to which Webster Dictionary got back saying there is only one definition of feminism and that is equal opportunity and access to rights,” said Gul. “We had a model turned Bollywood actress who also said that she does not believe that she is a feminist. I think most people are confused what it means.”

She added that being a feminist could hurt the sentiments of certain institutions that have a set value system. “Being feminist means exercising your rights to equality in terms of access to opportunities and rights and I guess that upsets the status quo of such conservative factions of the society,” she said.
In the conversation with City Express, she shared about how outgoing she is and is not bound by societal rules.

You are known to do roles that break stereotypes. Have you faced any stereotype in your life?
To be honest, I haven’t. I was born into a family that gave me the same opportunity that my brother got. So, I haven’t had to fight against stereotypes.

That makes me realise how privileged I am. It is important to instil in our society and women specifically, not to be bound by what other people think. You should in fact decide what you should do and when you should do it and I feel given that choice, everybody can exercise their full potential in life.