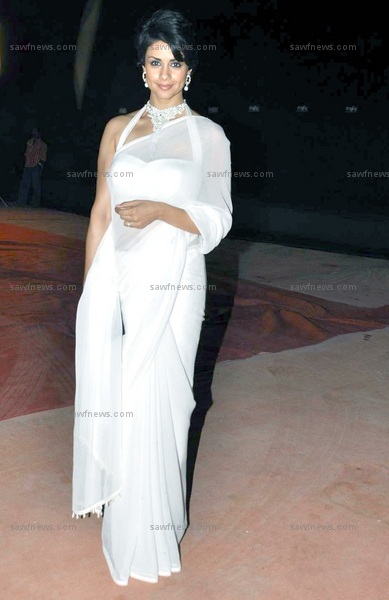 The 33-year-old former Miss India (1999) was a nominee for the Best Actress Award for her film, Turning 30. The award went to Shraddha Kapoor for Luv Ka The End.
Gul’s blouse had a jeweled collar and decolletage baring cutout that teased her enviable curves and toned shoulders and back.
It’s been a long time since we saw Gul wear a sari, last being a year ago at Imran Khan and Avantika Malik’s wedding reception. It’s also been a long time since we saw someone make such an impressive style statement in a sari.
Gul accessorized with black Burberry heels, black Charles & Keith clutch and exquisite Roop Vohra drop earrings. 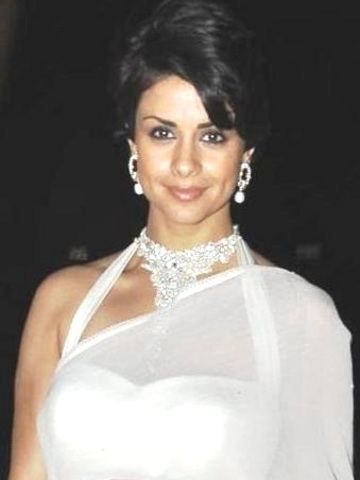