Home / News and Media / Gul Panag unveils new Samsung phone
Bollywood actress Gul Panag looks at a Samsung mobile phone, as Samsung country head Sunil Dutt looks on during its launch in Hyderabad, India, Friday, May 8, 2009. (AP) The new range of Samsung phones will be available in the range of Indian rupees 11,100 – 32,200 (US$222- 644). 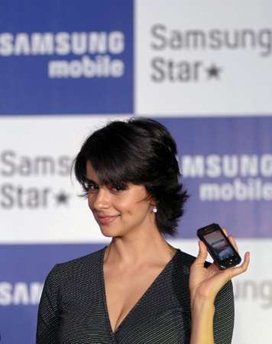 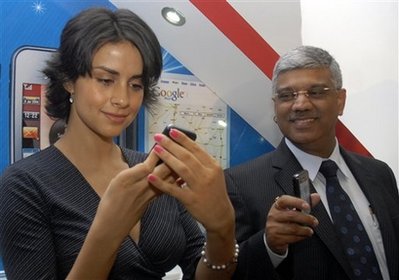