Home / News and Media / Gul Panag goes pink!
Known for her roles in films like ‘Dor’ and ‘Manorama Six Feet Under’, actress Gul Panag is working towards social cause by showing her support via social networking sites. She has also been associated with marathons like The Pinkathon and will soon be seen essaying a role of a journalist in ‘Ab Tak Chhappan 2’. 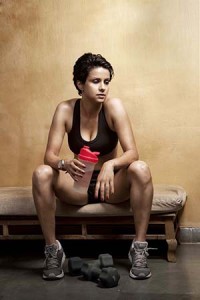 Speaking about the marathon, she shares, “I have been running since 15 years. The Pinkathon was initiated by Milind Soman. It encourages fitness and wellness for women to avoid sicknesses like breast cancer. For if you are fit, you can avoid such problems.”
As far as Bollywood is concerned, she shares, “I play the journalist in the upcoming film ‘Ab Tak Chhappan 2’. I am the only female actress in the film.” And about her future plans, she shares, “I am looking out for a good script, let’s see.”
Talking about the recent spate of rape cases, Gul feels, “The important thing is safety. The fundamental issue is patriarchy and that kind of mentality within the society. The judiciary can’t be patriarchal. Women are considered secondary while the men assume that they are superior. Secondly, the police who are the safety net aren’t efficient. And thirdly, there is no fear of breaking laws and committing such crimes. Justice is not served and the judiciary prolongs such cases for 20 years and more.”