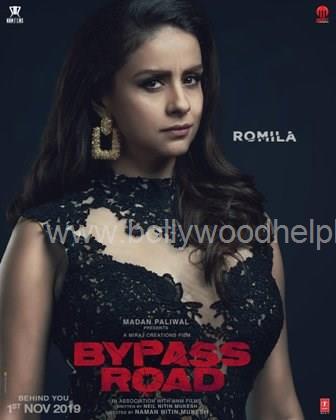 Actress Gul Panag shares a stunning new poster and teaser about her character from the forthcoming action thriller Bypass Road.

Bypass Road is directed by Naman Nitin Mukesh, marking his debut in direction, it is written by Neil Nitin Mukesh, who is playing the main lead in the film. The film is a suspense thriller movie that also stars Adah Sharma, Shama Sikandar, Gul Panag, and many other stars.

The story of Bypass Road is about Neil Nitin Mukesh’s character who is in love with a model, played by Shama Sikandar. She dies under mysterious circumstances, and the accident also renders him to a wheelchair.

His family, father played by Rajit Kapur, stepmother, essayed by Gul Panag, also play a part in this story. His girlfriend, played by Adah Sharma and other characters like Sudhanshu Pandey and Inspector Manish Chaudhari too get involved as people fall from buildings, cars topple and a masked killer is out to get them all.

The movie is produced by Neil Nitin Mukesh in association with Miraj Group. The film is scheduled to be released theatrically on 1 November 2019.