It’s been just two months since she tied the knot with her BFF Rishi Attari, but Gul Panag is already back to work. But she confesses that marriage is the best thing to have happened to her. The actor who has been spending three hours daily skimming through scripts for a role that would challenge her, opens up to CS about love and other passions: 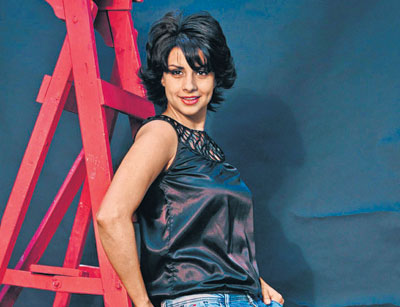 On a joyride
First of all, contrary to reports let me tell you that Rishi wasn’t ever my classmate. We studied at Lawrence School Lovedale, Ooty, and it was when I was in Std VIII and Rishi was the Head Boy of the school, that we struck a friendship. Back then I thought he was cute and nice. We started dating a decade ago and never thought marriage was a pressing issue. But then in October last year, we attended Shruti (Seth) and Danish’s (Aslam) wedding in Goa. It was so much fun with just their family and friends around. That was the day Rishi and I decided that we too wanted to tie the knot in an intimate ceremony. Even though I wanted to keep my wedding hush hush, news leaked out and the paparazzi made it to the venue. But the highlight of the day turned out to be the baarat, that saw my cousins, friends (including girls) and a 63-year-old aunt riding Enfields. It was a special day as all those who mattered to me were there.

Two good
Rishi and I share a love for adventure, fitness, marathons and so on. Actually, since our marriage, Rishi has become so loving and caring that it’s tough to explain. He’s always been very generous with gifts etc, but now he’s just so, so nice, I tell him I wish I’d married him sooner (laughs) for the love and attention that he’s been showering on me post marriage. And no, marriage hasn’t changed me in any way. After all, a doctor will continue to be a doctor even after marriage right? So I don’t see why there should be any change in me. Even Lara (Dutta) has gotten married recently. And look at her; she’s launched her own production house. I’d say she’s a torchbearer for actors like us, who are really struggling to find the right kind of work.

Flying high
Soon I’m going to be at the Abu Dhabi F1 racecourse for the launch of a high-end German automobile brand. I’m also going to visit Finland as I’m their tourism ambassador and get my PPL (Private Pilot License) by the yearend. Though Rishi is a pilot, he’s yet to sit next to me when I fly. But like they say, never take driving lessons from your father, in the same way, you should also never take flying lessons from your husband.